When we first started our business, our focus was on finding our first house to flip. That process requires lots of learning, along with a tenacious 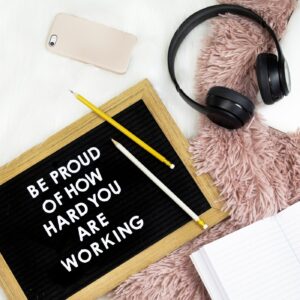 mindset determined to achieve the goal. We started our business along with five other couples or partners planning to flip houses. We were the only ones who persevered to achieve that first goal.

After the First Project: ‘Keep the Funnel Full” Mindset Required

Once we had our first property, it took us about 60 days to complete the rehab. Since it was our first project, we made the mistake of slowing down marketing during the project. Then we had to gear up our marketing again to find our next project. The lesson we learned was this, to maintain consistent marketing no matter how many projects we were working on at any given time.

It’s easy to work on one project at a time, then start looking for the next project while that one is being sold. And, for anyone happy with just a few flips per year, this is a simple model. Since it takes time to find, negotiate and close on every project, this model will likely result in four to six flips per year. If the earnings are at least $20,000 per project, that would result in annual pre-tax earnings of $80,000 to $120,000. Not a bad haul for most of us.

Of course, growing this business should include passive income, which means some of that money goes each year to purchase some rental properties. That’s our goal, so we need enough flips to replenish our capital for fast growth of our rental portfolio.

One of our initial goals for this business was for it to become a true family business. We wanted to create a business where there would be room for all our kids to be part of if they chose to do so. This year, we knew we needed to continually finding new projects, where we would be working on two to three properties per month. Achieving that goal require lots more resources, including more contractor crews, more private money lenders, and more employees for our business. My husband was all in, and I thought I was, too.

Where the Rubber Meets the Road: My Own Mindset

Roger is the natural entrepreneur in our businesses. He’s a visionary who loves to start and grow businesses. As a realist, I’m constantly counting the cost, concerned about the sacrifices required. If you read that word, realist, and you thought pessimist, you wouldn’t be far from wrong. I’ve rained on more than one of Roger’s visions for the future. He has lots of great ideas, so I’ve learned to slow my response as I hear him out. This business was the first one I think I ever was fully aboard with from inception.

That said, I still realized that my mindset needed lots of adjustment for me to be the partner required for the future even I could see for this business. Here’s the adjustments I’ve already uncovered and conquered. I’m sure I’ll discover more as we move to the next level with Best REI.

1. Shifting from a Scarcity to an Abundance Mindset

We’re part of several investor networks, where we often read or hear folks saying deals just can’t be found, or that deals are drying up. It’s easy to  start believing it, especially when our marketing suddenly stops producing leads, and several offers aren’t accepted. I never said it aloud, but I wondered sometimes if it might be true.

Here’s the reality that I know is true. There’s enough deals for everyone in our market who wants to do this business, including us. We win some, and we lose some. Some of our investor friends, who are crushing this business in our market – just like us, receive our congratulations when they win deals we lost. As long as we are consistent in our marketing, and we get to face-to-face with homeowners, we find and win lots of deals. Without two to three consistent marketing methods, deals are frequently few to none.

Homeowners sell to folks they know, like and trust. That’s one big difference between us and some of the investors who give up prematurely. We build a relationship with the sellers. We tell them, and we mean it, if this isn’t a win for both us, it’s not a good deal for either of us. If you are just trying to buy their house to make a profit, they’ll know it, which means they won’t know, like or trust you. When that happens, it will seem like there are no deals to be had in their area.

For years, I said, I will never be a top producer, because the sacrifice is too great. I thought that I was saying that because the top producers I observed were working non-stop, day and night. It was my plan to work regular hours that allow me to enjoy that life. Knowing that most of our 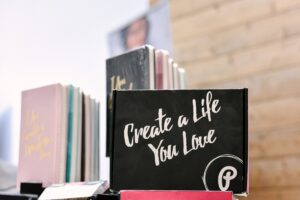 Photo by Allie Smith on Unsplash

beliefs are developed before seven years of age, I thought about where in my childhood this belief might have been formed.

My Dad was a hard worker, trying to earn a living for his growing family, while trying to get a full-time job as a Teamster at a trucking company. He worked whatever shifts he was offered at two different trucking companies, while hauling trash and training bird dogs brought in extra income. Once in a while, he planned to take off a day for a family activity, and inevitably he’d experience a migraine that often required a visit to the ER and sleeping off the medication the rest of the day in bed. My mom often said, every time Dad slows down from work, he gets a migraine.

Once I uncovered the root of this belief and replaced it with the truths I know as an adult, I realized that migraines were just part of my Dad’s life. It did not mean all his hard work wasn’t worth it. And, as for those top producers I observed working non-stop, I realize now that my conclusion was wrong. Just because they worked long non-stop hours to accomplish that, doesn’t mean there’s not a better way to become a top producer. I now know that I can work smarter and with more focus, to become the top in any field I choose. This was a huge breakthrough for me.

Most of my close acquaintances would describe me as confident and successful. My reality is that I have relied on my husband to do the hard things in the business. These include, but are not limited to, talking to homeowners, making offers, and closing the deal. Women often believe this untruth when they’re working a business with their spouse. They take a secondary role, supporting their spouse’s dream, creating a comfortable life for both.

I quickly realized that was not the life I wanted, so I had to make some changes in my life to change this mindset. My first change was to join a group of women investors who were working the business without a man’s support. There’s nothing wrong with doing this with a man. I just wanted to know for certain I can do all the hard things myself. To gain that knowledge, I chose to be accountable with these women. My goals were to make the calls, tour properties, and make offers on my own. It’s time for new goals, because I’ve done that now, and I’m no longer afraid of doing anything in this business.

Learning I can do anything I set my mind to has opened the door to try lots of things. There are some things Roger does a lot better than I can at this point, so he still takes the lead most of the time. But there are times we both realize I need to take the lead with certain personalities. And, we both appreciate the full partnership we now have.

Our Goals for the Future

As I shared above, one of our goals was to create a business our kids would join eventually. We’re proud to announce our son just joined our business as a project manager. He has some big goals before him that will result in big rewards. Now we’re working on his mindset. If I hadn’t shifted to an abundance mindset, this opportunity might not have been available to him so soon. He’s managing the rehab projects, to make sure they are completed on time or early. In addition, he’s working on acquisitions to make sure we’re completing two to three rehabs per month. All of this, while he’s learning the business and improving his mindset. One day, he and his sister will own this business.

We have more goals than this one for our business. Adding a project manager frees both of us to work toward those goals. Acquaintances frequently ask when we plan to retire. Our answer is that we’re doing something we love that allows us the freedom to enjoy our life, why would we ever retire. As long as we don’t “have to” work, it’s simply not work. And, one of the big goals we’re pushing toward is growing that passive income arm of our business, our rental and multi-family portfolio.

If you’re on this same trajectory, let’s connect. We all need folks who not only understand the business, but who are working toward similar goals. Let’s build a network of encouraging and supportive investors – there’s enough deals for all of us!